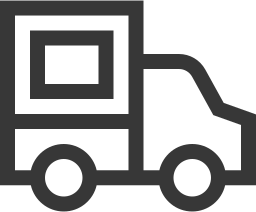 EARN 5% WITH EVERY ORDER

Earn with Every Order

Peptides are usually introduced through regular bodily growth processes. Their natural synthesis begins with the replication of DNA. As DNA replicates, it signals the creation of peptides throughout the cell, which then produces chains of amino acids. As these amino acids are produced, they’re arranged in certain orders and numbers to produce peptides.

Other peptide chains arrange themselves into shorter chains and smaller shapes. These types of peptides are used for sending chemical signals throughout the rest of the body. Upon reaching their respective receptors, which are typically embedded within other cells, these shorter peptides encourage the release of several kinds of hormones. This can include specific hormones ranging from growth hormones, to sex hormones such as testosterone and estrogen.

Just what are peptides used for outside of the body though? Peptides have been used immensely over the past several decades for scientific research. In these cases, peptides are synthetically created with lab equipment and chemical techniques. These synthetic, engineered peptides are often identical to the ones produced naturally, yet may also be stronger analogs to those made in the usual manner.

Through various uses, researchers may be able to witness the benefits of these synthetic peptides themselves. Those looking into the biochemical effects of engineered and isolated peptides can buy reliable, sterile products through us. Clean, accurately dosed, and possibly enhancing peptides are a click away.

WHY SHOP WITH US?

Consult our specialists for help with your order.

Full Reship or Refund should your order not arrive for any reason.

Products
You've just added this product to the cart: